Cast your mind back to last summer and you will quickly realise just how badly wrong Wolves got their recruitment.

They sold Diogo Jota and Matt Doherty, only to replace them with Fabio Silva for 35.6m and then Nelson Semedo.

Jota and Doherty contributed to 25% of Wolves goals last term while Silva and Semedo have since struggled to live up to expectation.

Silva is the clubs record signing but has netted just three times after arriving from Porto. As for his Portuguese counterpart in defence, he has been a liability at the back.

Fortunately, we are starting to see an improvement. Semedo won a mightily impressive ten tackles in Wolves late win over Fulham, a victory that was earned by Adama Traores goal from a Silva assist.

It would seem the striker is finally beginning to adapt after scoring in the defeat to West Ham as well.

Silva may well come good in the future but its evident that Wolves need more from their attackers. In signing the teenager last summer, they passed on the opportunity to land Rafael Leao.

Wolves were linked with a move for the 21-year-old just a year after hed joined AC Milan from Lille in a deal worth 32m; thats cheaper than Silva was worth.

However, just a year on, the Italian giants are now preparing to sell him for a fee of 40m (34.5m). With that in mind, Jeff Shi should revive the clubs interest.

Leao is capable of playing on either wing, as well as through the middle as a centre-forward. He has played in all three positions for Milan this season and has helped himself to seven goals and five assists in all competitions.

Its a handy tally for a young player with the world at his feet. Unlike Silva, the Milan striker has found a potency in front of goal and hes also more creative.

On top of that, hes been compared to some of the finest footballers to grace the game. Speaking about the forward last year, one of Leaos former youth coaches Tiago Fernandes said: Id say that he reminds me of Fenomeno Ronaldo for his pace, technique and the quality of his finishing.

Leao is clearly a player who can bring plenty to the table. He knows how to beat his man and is capable of producing magic moments.

Former striker Rolando Bianchi once commented: I had seen him at the U20 World Cup with Portugal and he made spectacular plays. He has great speed, he has a touch of the ball. Milan have made a great purchase and if they continue like this they have great prospects.

Thus, if he signs for Wolves, Nuno Santo would have a marvellous player at his disposal. He appears to be a bigger threat than Silva and would undoubtedly be an upgrade on Willian Jose.

The Old Gold have an option to buy the Brazilian but its unlikely theyll take that offer up considering hes yet to score for the club. 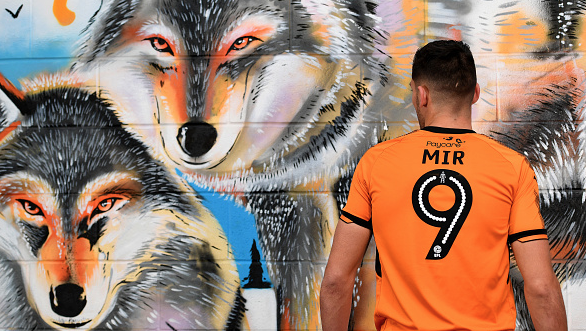