The video will auto-play soon 8 Cancel

Another crossroads in a tough season – get the Madrid fall-out with our LFC newsletter Invalid Email Something went wrong, please try again later. Sign up now Thank you for subscribing We have more newsletters Show me See our privacy notice

Pundit Paul Merson has criticised Liverpool for ‘falling over the line’ against Aston Villa at the weekend, with the former player confused as to why Thiago Alcantara started the match on the bench.

Jurgen Klopp made a couple of changes to the starting XI with the Villa clash sandwiched between the two crucial Champions League quarter-final ties with Real Madrid.

Thiago was one of those who dropped out along with Sadio Mane, with Roberto Firmino and James Milner among those who came into the side.

“They fell over the line. Theres something missing. The clicks are not happening at the moment.

“The midfield three of Gini Wijnaldum, James Milner and Fabinho – its not going to put the ball through the eye of a needle.

“I just cannot believe Thiago doesnt play in games like this when Villa are going to sit back. Its a surprise to me.”

Sign up for daily Liverpool news Get all the latest Liverpool breaking news, team news, transfer rumours, injury updates plus analysis of what’s next for the Reds. You’ll also get the latest transfer talk and analysis every day for FREE! Sign up here – it only takes a few seconds!

Liverpool got over the line thanks to Trent Alexander-Arnold’s late strike from the edge of the penalty area.

Thiago, who came off the bench with 20 minutes to play and the game poised at 1-1, played a decisive part in the move that led to the winner, along with fellow substitute Xherdan Shaqiri.

The Spaniard is likely to start at Anfield on Wednesday night as the Reds seek to turn around their 3-1 first-leg defeat against Real Madrid. 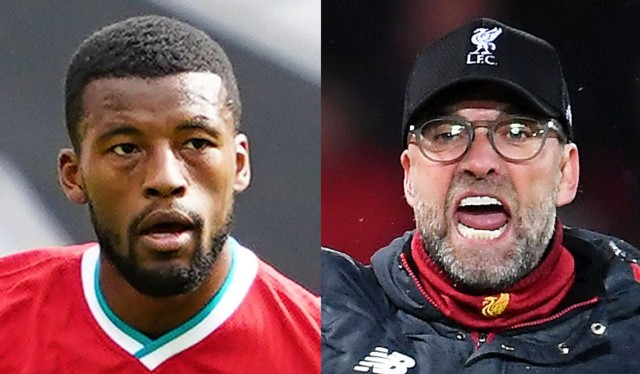