Atay | The Lads Did The Club Proud An 84th-minute strike from Albie Armin saw the young Blues overcome Boro with a 1-0 victory and progress from the fifth round.

Adem’s side will face either Bristol City or Sheffield United at Portman Road in the quarter-finals.

“The result and performance were both brilliant,” Adem, Town U18s manager, told the Club website.

“We had the best players on the pitch and we played with identity and itensity. We played through the lines and did well in the first half, but didn’t manage to get a goal in the first 45 minutes.

“They responded well but we dug deep and showed different qualities in the second half. The best way to describe it is that the lads have done the Club proud. They were so professional and I’m so pleased for them.

“Defensively we looked solid and it was a very good team performance. In a way it had everything because we looked dangerous going forward but we also limited their opportunities. The lads worked hard and got what they deserved.

“The songs and chants were going on the bus back to Ipswich – it was great to see. It’s so important that the lads enjoy these wins and these moments without getting too carried away, and that’s exactly what this group can do.

“It’s fantastic for everyone associated with the team and Academy to be in the quarter-finals as well. I know the game will be behind closed doors, but families and friends will all be cheering the lads on from home. Hopefully we can give them another performance to be proud of, because as I said, the lads should be very proud of what they achieved yesterday.” 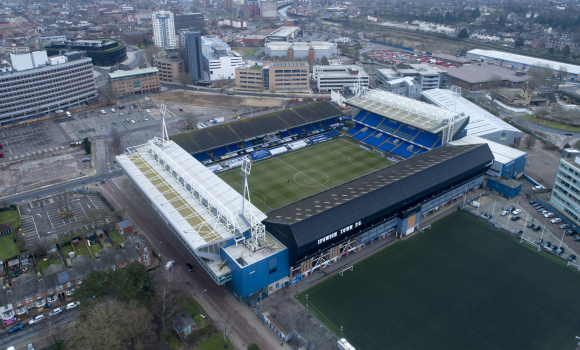